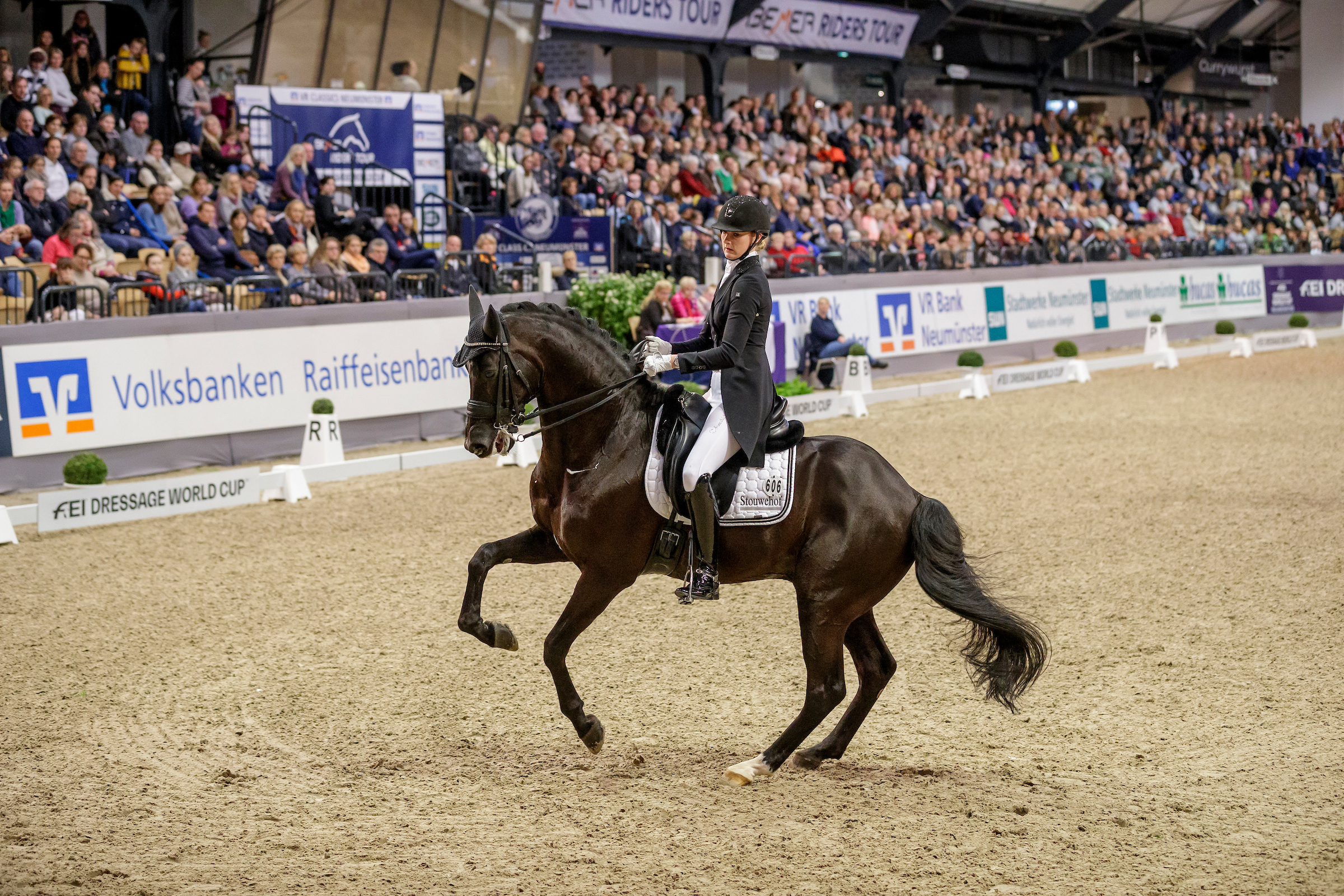 Neumünster — The penultimate World Cup event before the Grand Final in Leipzig is only a few days away: The VR CLASSICS meets FEI Dressage World Cup will take place in the Holstenhallen Neumünster on 19 and 20 February. The importance in sporting terms is high, as lately World Cup events have been cancelled again, there is very little opportunity to collect valuable points to qualify ahead of the Final from 6-10 April.

The opportunity that the VR CLASSICS meets FEI Dressage World Cup offers the international dressage sport is therefore gladly seized. The participants come from a total of eleven nations, in the World Cup Tour alone there are riders from seven nations. This is a select field of participants, with three of the four German riders who won the 2021 European Championships in Hagen a.T.W. making the journey to Schleswig-Holstein. Isabell Werth (Rheinberg) is already seeded for Leipzig as the defending champion, the question still remains as to who will be her final partner. The record holder of the World Cup Freestyle in Neumünster is currently still on the entry list with three horses. Jessica von Bredow-Werndl (Aubenhausen) is relying on her successful partner TSF Dalera BB, Helen Langehanenberg (Billerbeck) is bringing the Holsteiner mare Annabelle with her. All three are already in top World Cup form, which they proved with victories in the Lyon, Zakrzow and Madrid stages. Benjamin Werndl (Aubenhausen) and Famoso OLD are also no strangers to success on the World Cup Tour.

Denmark also has a very experienced championship team: Although Catherine Dufour, who won bronze in the team and individual classification at the European Championships in Hagen aT.W. in 2021, has her young star Vamos Amigos with her. Charlotte Heering and Nanna Skodborg Merrald will ride Bufranco and Blue Hors Zack. Dressage fans can also look forward to Sweden’s No. 1, Patrik Kittel and his new four-legged partner, Blue Hors Zepter. The pair will be competing in their first competition in Neumünster, but Kittel is already enthusiastic about training with Zepter on his Instagram page.

Olympic rider Kristy Oatley, who is based in Hamburg but competes for Australia, is also making the most of the “home advantage” in Neumünster with her Du Soleil.

All competitions of the dressage version of the long-running international horse show will be shown in the live stream at ClipMyHorse.tv, or FEI-TV. The programme, which is made possible by the organisers together with partners and sponsors, comprises a total of six competitions over two days.

The project would be unthinkable without the support of the long-standing partners and sponsors, first and foremost the Volksbanken Raiffeisenbanken and the VR Bank zwischen den Meeren. The title sponsor of the VR Classics is one of the key supporters of the international horse show in Neumünster. “We are very pleased that the Dressage World Cup is making a stop in Neumünster this weekend,” emphasises Ulf Paetau for the title sponsor, “the Volksbanken Raiffeisenbanken have been supporting the VR CLASSICS for decades and that is why it is great to be able to see top sport again. Some spectators will have the pleasure of watching the World Cup dressage. We are already looking forward to hopefully seeing the VR Classics with a full, great programme return to Neumünster in 2023.”

The joint effort – especially with the support of the riders and their patrons – and the commitment of the horse city of Neumünster to the event make the dressage version of the VR CLASSICS possible at all.