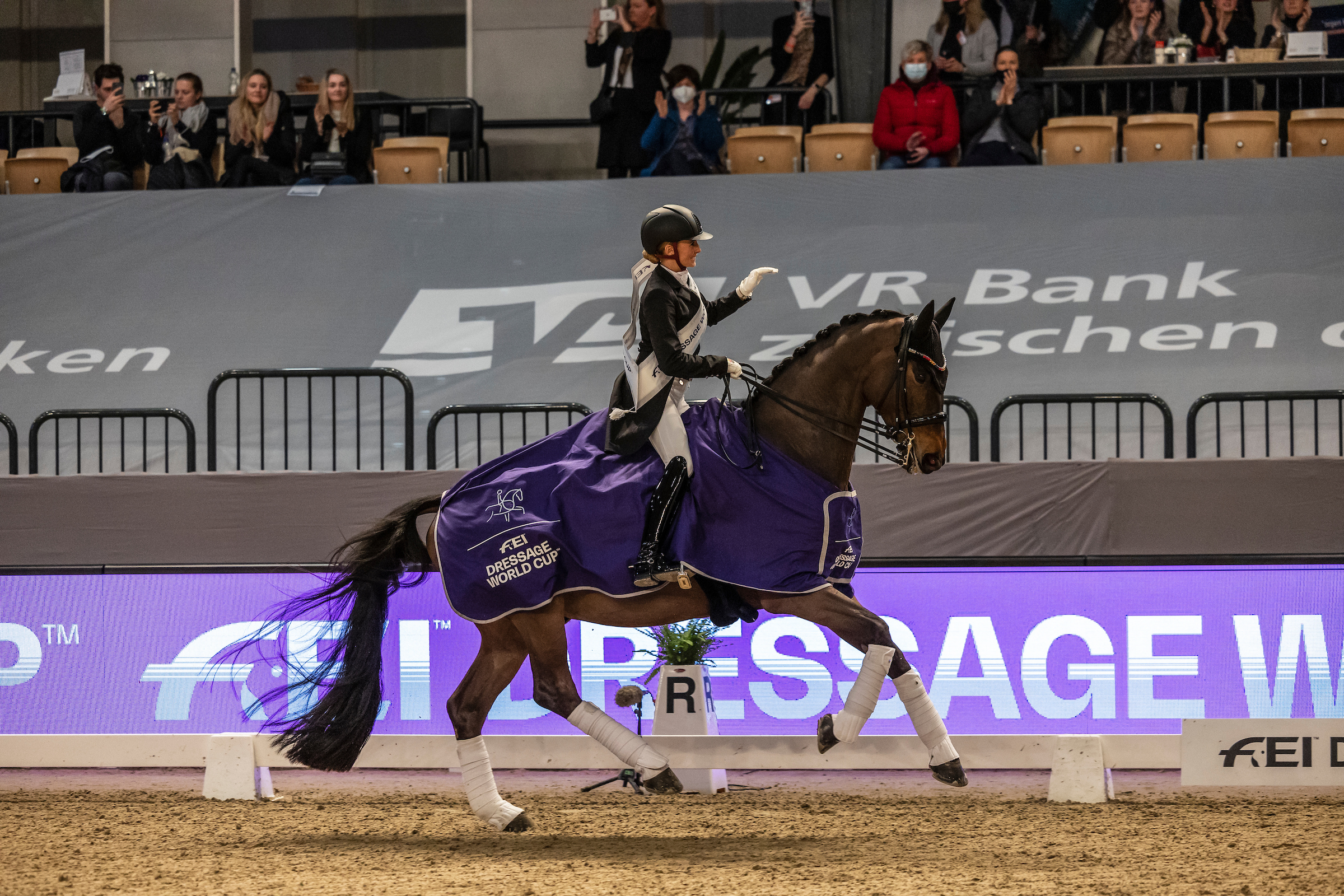 (Neumünster) All is set: From 16 – 19 February 2023, the VR CLASSICS will be the sporting highlight in the Holstenhallen Neumünster. The international horse show will return with a full programme, i.e. with the FEI Dressage World Cup, the legendary show competition, presented by the Volksbanken Raiffeisenbanken and easyCredit, and for the second time also with the final stop of the BEMER Riders Tour.

Neumünster’s VR CLASSICS is the ninth leg of the FEI Dressage World Cup – a real dressage spectacular with a first-class line-up for a truly great audience. The current leader in the Western European League is the World Championship bronze medallist Benjamin Werndl (Aubenhausen). His sister, double Olympic champion Jessica von Bredow-Werndl has just made a brilliant comeback with victory at the World Cup in Lyon. The Bavarian also won the 2022World Cup qualifier in Neumünster with TSF Dalera BB.

The CSI in the Holstenhallen also returns with the familiar world ranking jumping competitions. The Volksbanken Raiffeisenbanken Grand Prix is the coveted highlight of the program at the Holstenhallen. This competition will decide who becomes “Rider of the Year” on Sunday at the VR CLASSICS.