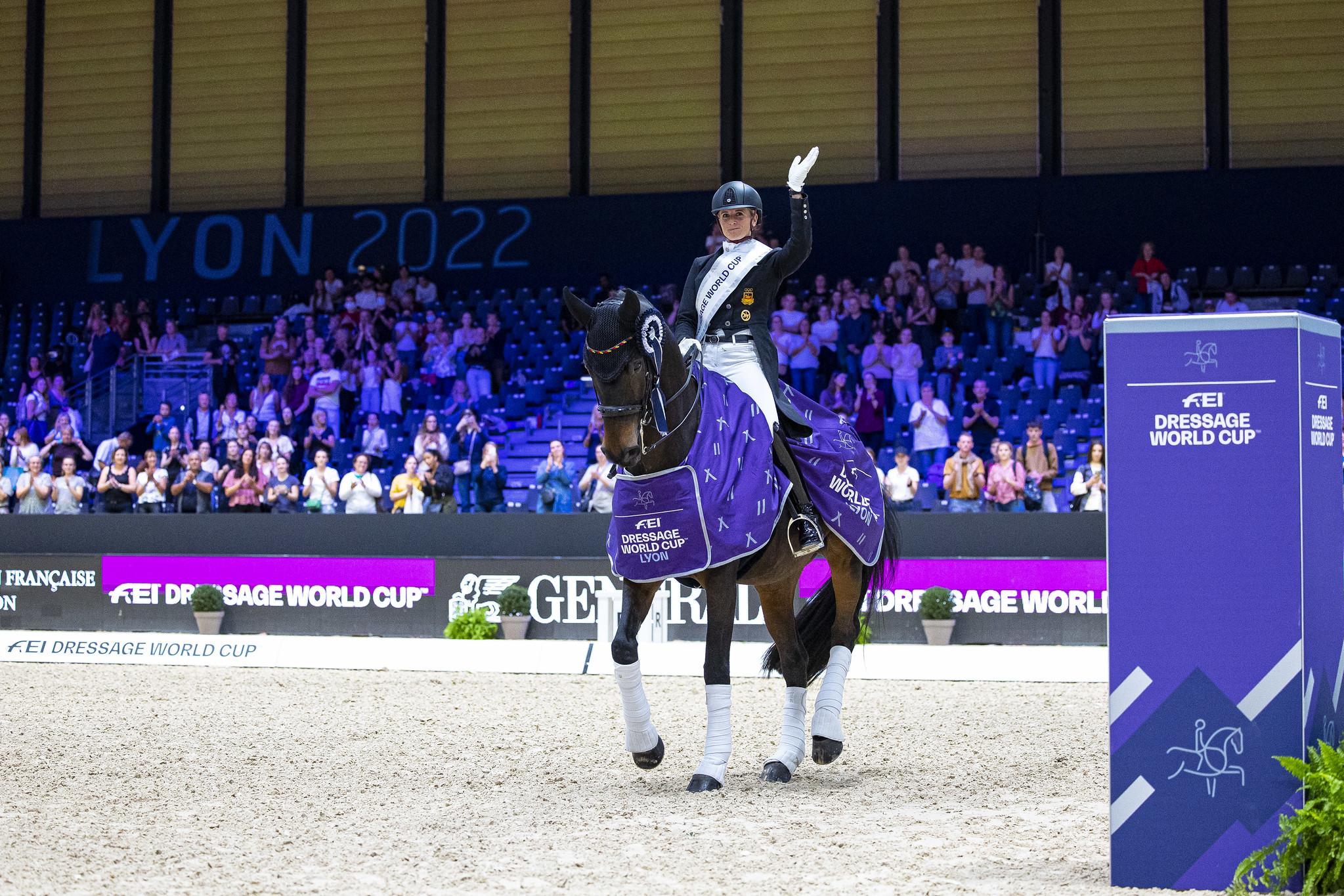 Just 11 weeks after the arrival of daughter Ella Marie, the 36-year-old athlete steered the super-mare TSF Dalera BB to an unbeatable score of 90.140 when fifth-last to go of 13 starters in the Grand Prix Freestyle.

Benjamin Werndl now leads the Western European League series going into the third round of the 11-leg series in Stuttgart (GER) in two weeks time. The series Final will take place in Omaha (USA) next April.